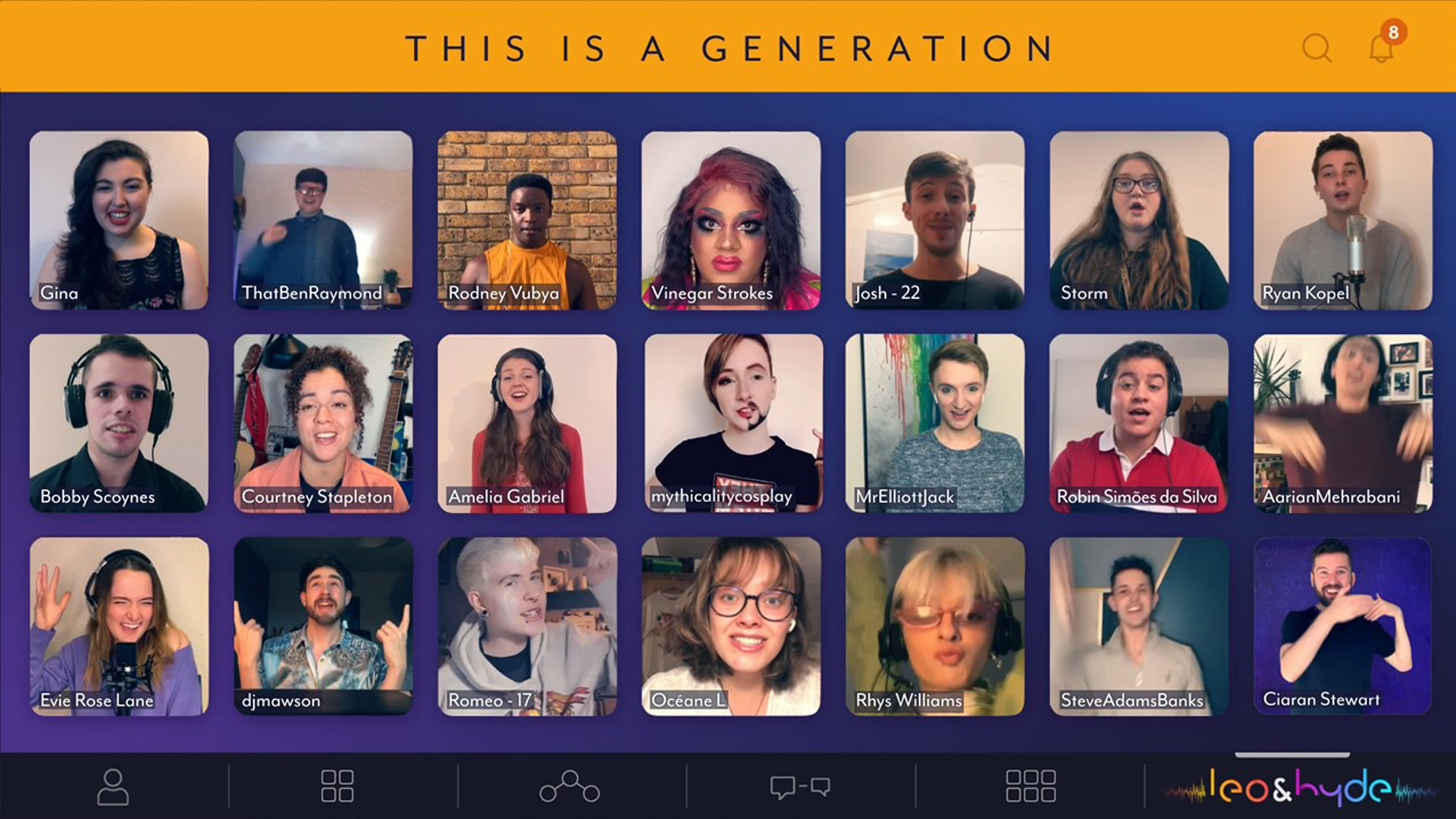 A newly released electronic music anthem, ‘Double Life’, explores the complexity of growing up on the internet with its capacity to enable love, connection, community, jealousy, loneliness, empowerment, as well the ability to be someone else.

The song was inspiration for a project funded by Culture Co-op Lancaster and More Music where cast members and choreographer of the UK tour of GUY, worked with LGBTQIA+ young people from Lancaster to reflect on their own experiences of living a double life online through devised digital performances, and channel them into the Double Life music video as they form part of the LGBTQIA+ chorus.

‘I am so glad that LGBT youth are finally getting heard’ remarked one young person attending the workshop before filming themselves for the video.

While another said that after the workshop, which was an open space to explore issues of identity, sexuality and social media, they ‘thought it was only other people who pretended to be other people online…’ and ‘hadn’t realised [they] did it too’

Many worked with Ashley Luke Lloyd (Dreamgirls, Mamma Mia) to devise the choreography in the music video that Ashley and others perform, while the others formed part of the choir of voices in the song.

‘We really wanted to create a safe space for LGBTQIA+ young people on the internet through the workshops’ says producer and Morecambe resident Dan Mawson ‘one that is separate from the sexualised spaces of apps such as Grindr that many LGBTQIA+ people are limited to in Lancashire where services are limited.’

Mawson, who brought together all these performers, went on to say ‘even though the internet can be a dangerous place, it offers such a lifeline for LGBTQIA+ young people in rural areas specifically, but for all young people at the moment who might be trapped in homes that aren’t very understanding about the LGBTQIA+ community. It really takes a toll on mental health in a big way. In this project we wanted to both create our own space and celebrate the internet’s diverse potentials’

The UK touring cast of the critically-acclaimed, GUY (Steve Banks, Aarian Mehrabani, Ben Raymond, and Elliott Wooster) who were due to perform at The Dukes this February, also feature, as does BSL translator and actor, Ciaran Stewart.

Find the full music video and other links to leo&hyde’s music and socials at www.linktr.ee/leoandhyde

The Language of Disadvantage